Had a mounted inspection by a Major this morning and got half-holiday this afternoon.  There was a slight sprinkle of snow, just enough to glitter.  These villages are much more squalid and crushed together as it were, than the pretty English ones and there appear to be no neat little gardens and creepers etc.  So far France has never appealed to me as a place to live in.  There has been a decided improvement in the tucker lately, our canteen profits being partially used for that purpose and we have been getting good porridge and plenty of vegetables in the stew as well as the usual bread, margarine, cheese and jam – “Butter” or jam, both never being issued at once, but one can usually save a bit for the next meal.  Do these details interest you?  W. is snoring loudly. 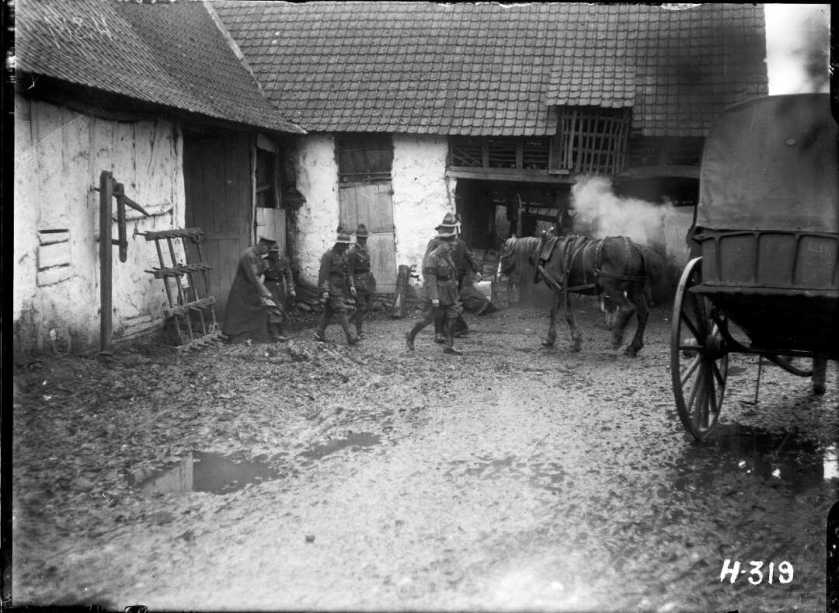 [Image: Major General Russell, the New Zealand Commander, accompanied by officers, on a tour of inspection of the billets for the 2nd Canterbury Regiment in the small French village of Quesques. Photo taken 25 October 1917 by Henry Armytage Sanders.  National Library, Ref: 1/2-012960-G.]