Boxing Day, but there isn’t much boxing going on, pugilistic or otherwise.  A quantity of snow has fallen during the night and there have been showers of snow and sleet (little crisp nubbly chunks of it) today.  The ground is two or three inches thick with it and the roofs of all the tents and buildings are covered, the whole panorama of intense whiteness glistening in the winter’s sun.  So many batteries are bivouacked hereabouts that our trumpeters have adopted a distinctive prelude of a few notes before each call, so that we won’t respond to the calls of neighbouring batteries.  Ours is the tune “Apres la guerre fini.”

7 p.m. The gamblers’ shibboleths are growing more and more monosyllabic and in one game seem to be confined to “sit” “flip” “bust”.  Nothing is more extraordinary than the wastefulness of the average young New Zealander; and a contrast to the Tommy – witness the salvage of horse-liver, reported the other day!

Our bombardment has reached such an intensity that it sounds like one continuous roll of thunder.  We speculate as to its object; whether it heralds a great attack by us, or only a raid, or whether it is to repel an enemy attack, or is only a “straff”. 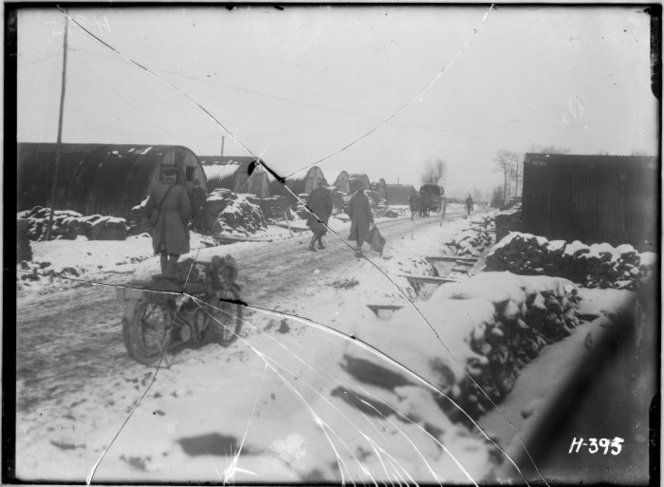