I wonder if you realise what an immense business it is to keep the roads here – there must be many thousands of men and many hundreds of steam rollers etc. constantly at work.  Or imagine the amount of fodder, harnesses and general attention needed by hundreds of batteries, A.S.C. mounted troops etc. Even a mule by the time it is got here is valued at about £75 and (we are told) as three times the monetary value of a man.  The innumerable railways and countless motor vehicles must present an even greater problem of upkeep.  The whole thing is gigantic.  A laughter episode has interrupted me.  The curly boy, who spent the earliest part of the evening tossing other sporting gentry for their rum issue and winning was telling a humorous story and going into such convulsions of laughter that his listeners took it up con amore and ad nauseam.  This threw him into hysterics.  They only calmed down when he was actually sick. 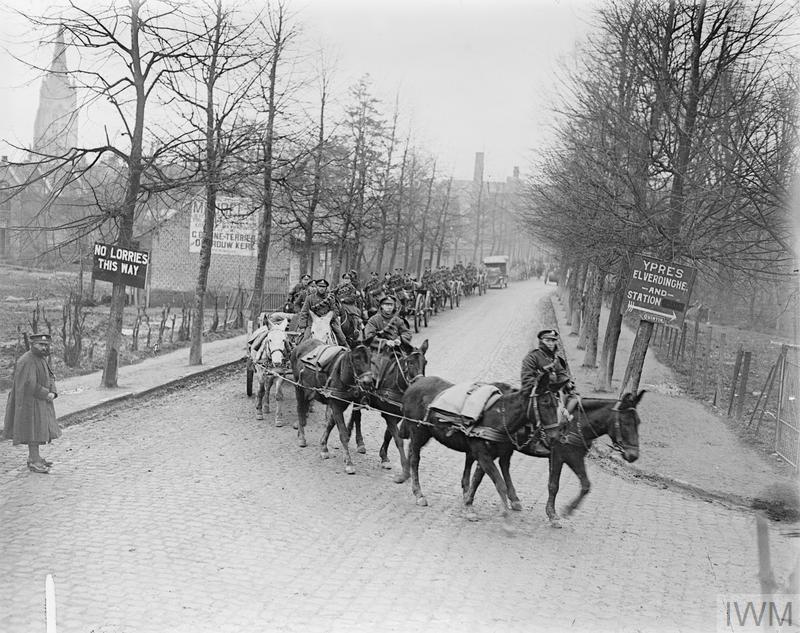