Back to camp about 9 p.m. was mightily surprised to find the whole place in a ferment – gun-park full of men, lanterns, gear, fodder, ammunition and all the rest of it.  We had been warned to be ready to move out and there are wild rumours that the Hun has made a big attack further along the line, inflicting severe losses.

Fritz went on steadily shelling back areas throughout Wednesday night and yesterday, varying his attentions with an occasional bomb.

[Note – the German Spring Offensive started on 21 March 1918.  On 22 March the NZ Division was ordered south to the Somme region to help.] 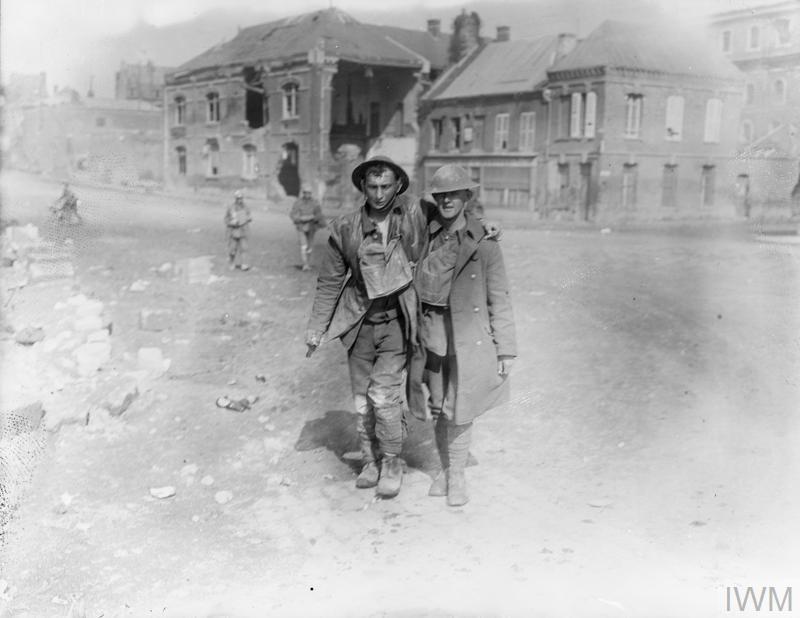 [Image: A wounded soldier of the British 66th Division helped through the streets of Peronne, after returning from the Battle of St Quentin, part of the Battle of the Somme during the German Spring Offensive, 23 March 1918.  IWM (Q 10779) ]