Snatching a moment whilst guarding animals grazing in large avenue of what were once beautiful trees, now blasted by shot and shell.  Every now and again branches break away with a crash.  Was preparing last evening to get a little rest, when we were turned out and pushed off in the dark to the guns, keeping each in close touch with the wagon ahead to avoid going astray.  In this way we proceeded a couple of miles and completed our task.  Fiendish stenches assailed our nostrils out of the darkness.  Groups of searchlights prodded their beams purposefully into the lowering sky, following the laboured vibrations of the enemy’s bombing planes, which dropped here and there hovering parachute-flares to light up their objectives, and the guns spoke and flamed.

Luckily got the first shift on picquet but had all sorts of mishaps in the darkness with horses and teams coming in and not knowing where to go.  Also couldn’t find the men to relieve us, so did about two shifts instead of one.  A terrible spectacle by our “stables” – a broken cellar, used as a machine-gun post, full of dead Germans in dreadful attitudes; killed by Mills Bombs as they rushed out.  How fellows can even go through their pockets and pull the rings off their fingers I don’t know.  But they do.

Terrific bombardment by all our artillery.  After tea my cold seemed to suddenly get much worse and I sneezed terrifically, but soon noticed everybody else doing the same.  We were in the tail end of an attack by “sneezing” or “mustard” gas.  Witnessed a remarkable incident this afternoon – a daring attack on two of our balloons.  Almost before he was observed he had brought one down in flames and was going for another.  The balloonists were soon out of both, gracefully sailing about in parachutes.  He missed the second and made off, amid a hail of shells and bullets. 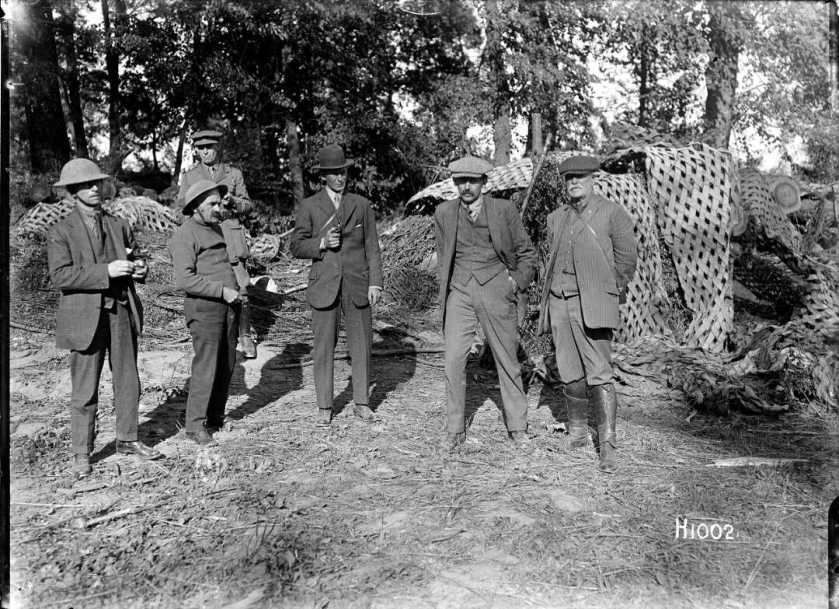