No sooner had we lunched (in a heavy shower) than Boot and Saddle sounded.  We booted and saddled.  The Hun is again on the run.  We have moved the guns a long way forward.  Our country torn and blasted in a horrible manner, though not many dead about.  In the distance we glimpse the towers of Cambri which, rumour hath it, we have already invested and taken.

Groups of prisoners pass us on the roads, often carrying their own and our wounded.  One place, the remains of a noble estate; every tree stripped almost entirely of leaves and shattered from root to top.  A heap of battered plinths shows where a stately gateway stood; everything in utter and hideous ruin. 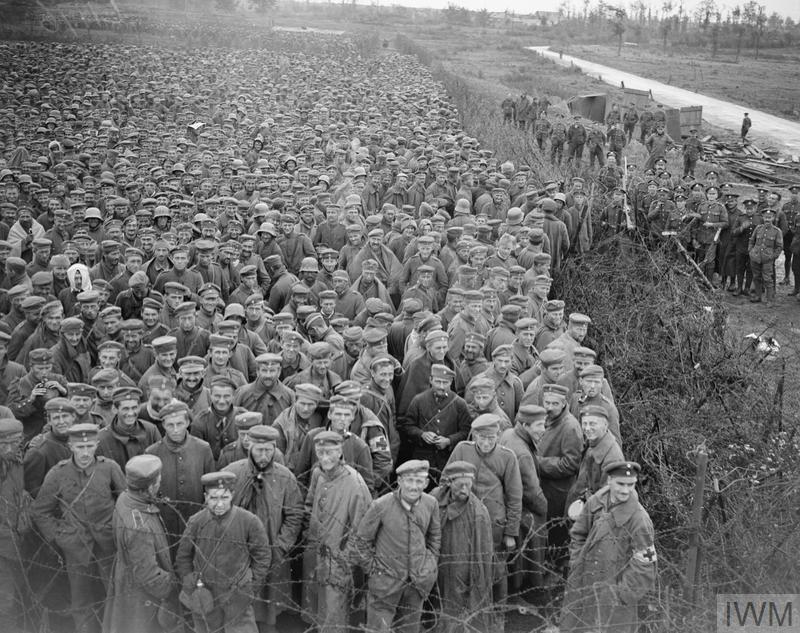