Could I remember, obtaining a satisfactory substitute for his all too picturesque language, the extraordinary stories told us late last night by the little rascal who runs the “Crown and Anchor” board, anent his pre-war experiences as an undertaker’s assistant, it would rival anything in Dickens or Fielding.  I lay for hours quaking with laughter, whilst this perky pigmy, squatting on the ground, devouring tinned fish and bottled stout, told us how he, to save expense, upholstered his father’s coffin as a “porpoise” (meaning pauper’s) having failed to identify the body after 3 weeks in the Wanganui River; only to discover his missing parent a fortnight later and get drunk with him on the strength of it – accosting his begetter with – “Why you old bastard, you’re dead!” – “I buried you as a porpoise three weeks ago!”  He seems made of leather, speaks in a raucous shout and contrives to get wholly or partly inebriated every night; in fact, though funny, is an infernal nuisance, but we can do nothing with him.  Rather disturb a hornet’s nest.

Went for a bath to a quaint village (Couin) situated on a steep hill-side topped by a church, passing through superb grounds of a large chateau – cloistral vistas of trees radiating from the building to a distance of about half a mile. 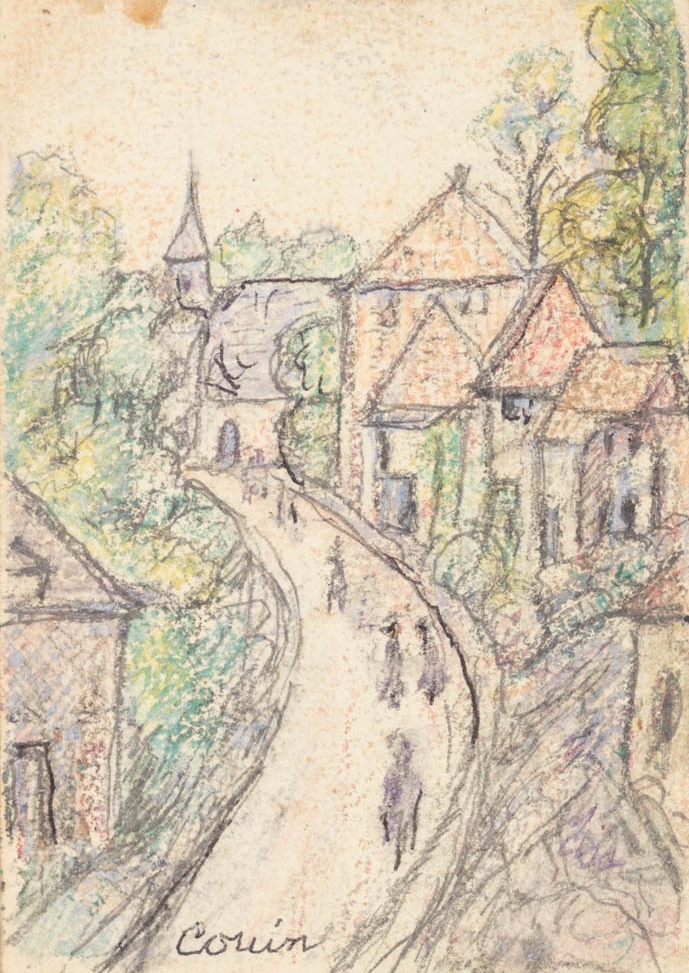