6 p.m.  Saw a great deal of shell-fire going on up forward.  Passed a batch of prisoners.  One of the new drivers, quite a boy, came back from the guns gassed and was sent off to hospital; been here one day, and a casualty.  And here am I, a “veteran” of 11 months, unscathed and never had my gas mask on in earnest.

Have just completed a prodigal repast – tinned peaches and condensed milk, procured at hair-raising cost from canteen, the manager having made a two day trip to get them.

Midnight: A nice boy out of the reinforcements helped me to harness.  On the way we could see a heavy bombardment from our side, spattering along the horizon in almost regular rotation, suggestive of one of Bach’s Fugues.

Opened the Bible I have had all along, and read Book of Ruth and the Song of Solomon. 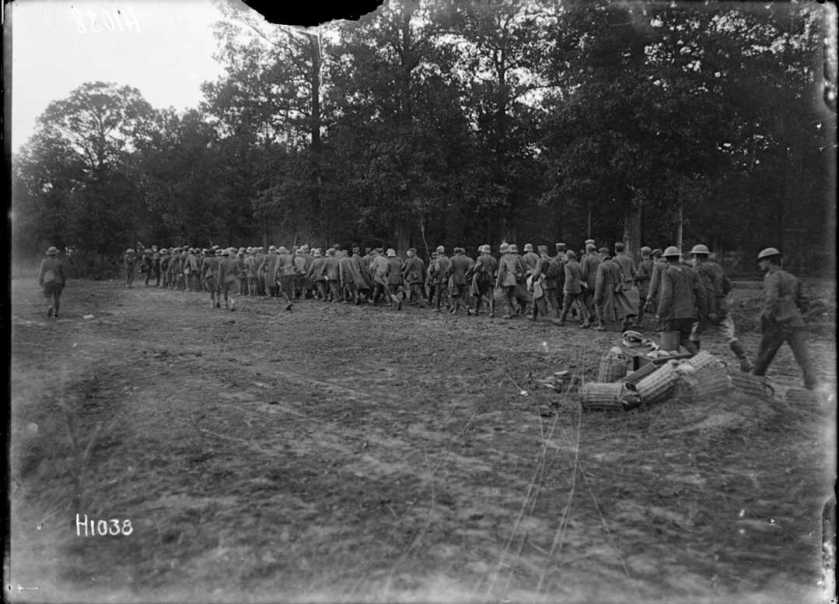