The grand review lasted until after 1pm, a tiresome and useless affair.  Every day we witness the repatriation of French civilians – many of them returning from such places as Maubeuge, where they had been sent on, or back from more Southern towns, whither they had fled.  They plod along, shoving all kinds of hand carts; with donkey – or dog carts – or without cart at all, lumping their remaining possessions in bags and bundles.  What speculations they must entertain, as to whether their homes will be ruined, damaged or intact.  Their privations must be and have been severe.  But there is an air of renewed hope about them – their country is free and victorious and “L’heur de gloire est arrive!”. 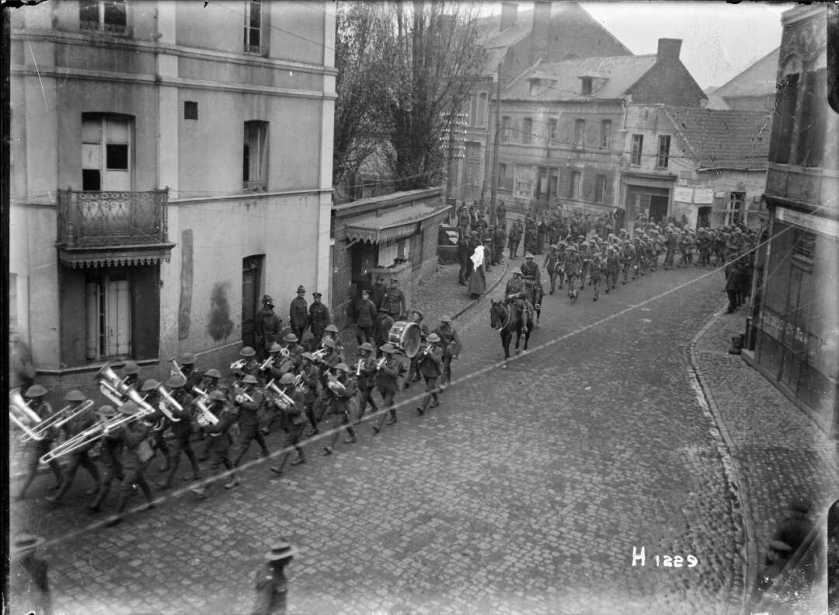