The afternoon consumed by a lecture on land tenure in N.Z. (introducing a series on “Economics” – save the Mark!).  Went off after tea (a vile stew, but I mustn’t growl because we had steak for breakfast) to my concert.  The Debussy was an intricate tricksome affair, not easy to grasp at one hearing.  I enjoyed the Frank Sonata much more; the lady pianist being very brilliant.  The Hayden quartet was, to my mind, the pleasantest.  You would have been amused by the four instrumentalists, all old, short, and queer-looking, but masterly old geysers.  A Digger who had, like me, stayed there, showed me a ticket he had obtained for a piano concert tomorrow.  After the concert I obtained one.  This will be the third concert hall I have nosed out.

The scene from the bridge tonight was enchanting.  A slight mist lent an air of mystery to the glassy river, in which the reflex of the hundred lights on the suspension bridge higher up stream plunged downward like pillars of fire. 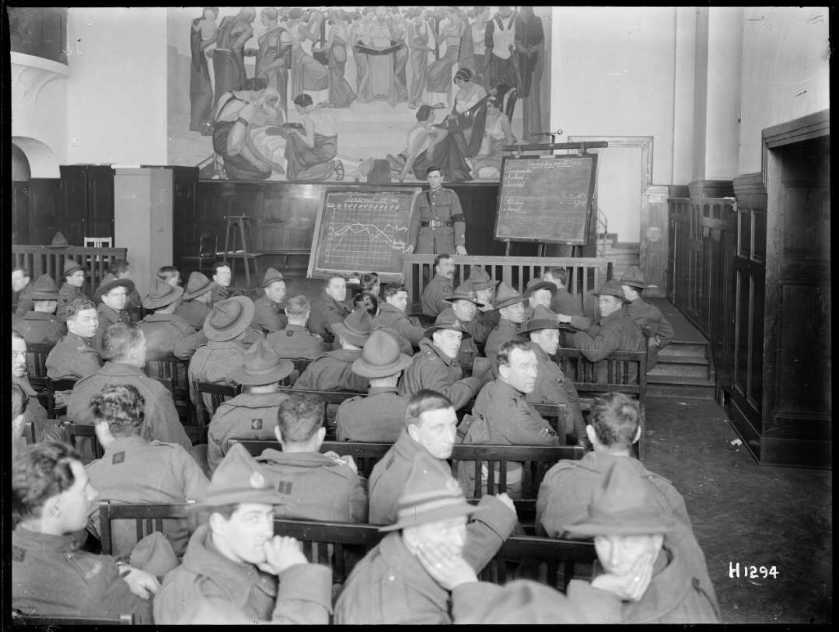